Icloud bypass war of the thrones

This new year 2015 its being crazy , many people came out from nothing claiming they have a removal icloud id from locked phones, ipad ipod , After taig release R4z3r And M1n@cr1ss were talking about having found bug in fmi mobile server and being able to remove devices permanently from local database. it seems some hackers found a way to mod the service so they can use it to access databases and remove any imei. at some point i get confuse because so many hackers giving information on facebook, twitter, web pages too IMEI unlock , it seems the apple icloud unlock its the most easy process ever made. unlocking by imei is true but no one does it for free i doubt that people have connections with agents that work for apple customer service because they are the only people who can access iDevices remotely and control everything  but who knows ? maybe there is magic behind this There is so many Options unlocking by imei at this time and apple still dont do nothing, it make me think hacking apple servers imeis its actually possible. All IMEI services you need pay and take days for the process, others say its free (no proof) , This hacker thing is changing a lot , where is the spirit of make the effort to find a exploit of the big APPLE and share all information , The David and Golias not thinking in money on the fist plan.  i dont get it also who is the stupid guy is going pay 100$ to icloud unlock one ipad or iphone 5 it cost 200$ second hand shops legally , for 350$ you buy new one. what´s the point? it just seems that some guys being successful in this game wanders off to make money. but all ideia was helping people . think how?

In other hand we have ttmtt with icloudin he try run a fake server that he knows will not work , we really believe this guy have server that actually works and if we have lucky but probably not, this will stop soon.  but who knows ? and between all this shit how many people got scammed with bypass, buy fake software and believe in false promises ?

why sell icloudbypass ? simple answer because there are many people buying low price icloud locked idevices and resellers again and again

Myicloud.info will still work for a free solution that is for sure. will not stop here . 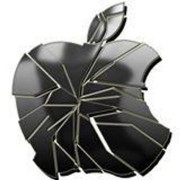 idevicehacks is a multi-apple products technology blog. We tell stories and make videos for everyone, not just for techies. And we post them everywhere. Subscribe for a decent helping of tech features, first look and hands-on videos, unboxings, gadget reviews, tips, tricks and tutorials.